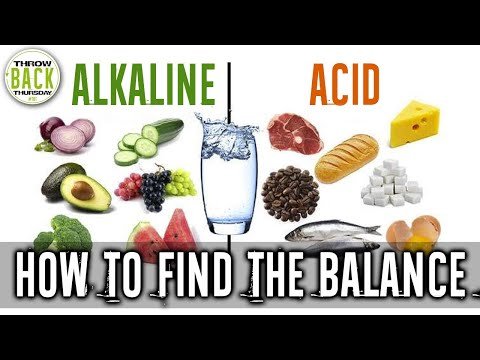 Is the Japanese Diet Alkaline?

The Japanese diet is well known for contributing to the long life expectancy of people living in Japan. Does this mean that it is good for alkalizing? In a word, yes. The Japanese are well known for their love of rice. However, you may not know that in general, vegetables are a hugely important part of the meals in Japan. This contributes in large part to the pH balancing effects of the Japanese diet. Other factors that come into play are that fizzy drinks are less popular than in Western countries. Kids in Japan are brought up on ryoku cha (green tea), oolong tea and mugi cha (wheat tea) which are all much better for their health than sugar laden, carbonated drinks with a high phosphorus content.

Balance, in all areas of life is an important concept in Japan and this applies equally to diet. So at every meal time fruits and vegetables play a part. For a detailed discussion of the main foodstuffs eaten all over Japan, I will point to you towards my Japanese diet article. At the moment though we are going to take a look at a fairly common food in Japan that is less well known internationally, konnyaku in Japanese (called konjac or devil’s tongue in English).

The Wikipedia entry tells us where this food comes from:

[Konjac] is a perennial plant, growing from a large corm up to 25 cm in diameter. The single leaf is up to 1.3 m across, bipinnate, and divided into numerous leaflets.

[It] is grown in India, China, Japan and Korea for its large starchy corms, used to create a flour and jelly of the same name. It is also used as a vegan substitute for gelatin.

In Japanese cuisine, konjac (known as konnyaku) appears in dishes such as oden. It is typically mottled grey and firmer in consistency than most gelatins. It has very little taste; the common variety tastes vaguely like salt. It is valued more for its texture than flavor.

The following figures are taken from the 2nd column which represent konnyaku made from flour. Important points to consider are that it has a very low protein content 0.1g per 100g. Its phosphorus content is also pretty low at 5mg. Both protein and phosphorus contribute to the acidifying effects of foods we eat. The alkalizing minerals are calcium (43mg), potassium (33mg) and magnesium (2mg).

Konnyaku is a mildly alkalizing food. However this isn’t the only reason to eat it. It is great for cleaning out our digestive tract. The same 100g block of konnyaku contains 2.2 grams of dietary fiber. It also has 97.3 grams of water and no fat. So basically it is just water, dietary fiber and minerals.

In addition to being a great food for those of us who try to follow an alkaline diet, because it has so few calories, it is both alkalizing and great for weight loss.